INVESTIGATION REPORT ON THE FORCED STERILISATION OF WOMEN LIVING WITH HIV/AIDS IN SOUTH AFRICA The Commission for Gender Equality   Read more here : Forced-Sterilisation-Report

Depo-Provera and HIV transmission: WHO to trust? Download DifferenTakes 95 Concerns about Depo-Provera and increased rates of HIV transmission are of vital importance to women’s health, especially to those at high risk of HIV acquisition. Despite compelling evidence of a Depo-Provera-HIV link and regulatory bodies’ unclear guidance around the method’s use,distribution of the injectable contraceptive has been […]

The injection or the injection? Restricted contraceptive choices among women living with HIV

Inside the ECHO chamber: Reproductive justice must be prioritised

Inside the ECHO chamber: Reproductive justice must be prioritised More contraceptive options, a constant supply in clinics and, among many other things, building a culture of consent will get South Africa closer to achieving a just society for women. On 13 June 2019 — more than 30 years after these issues were first raised — […] 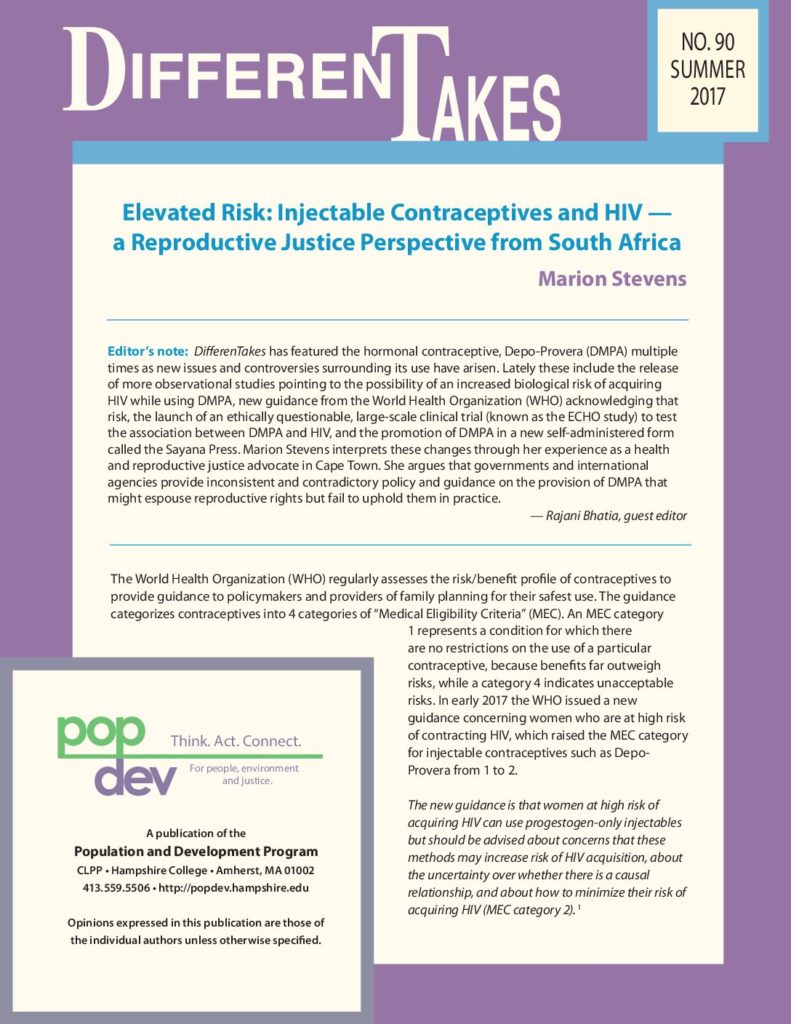 Elevated Risk: Injectable Contraceptives and HIV —a Reproductive Justice Perspective from South Africa. Marion Stevens “The new guidance is that women at high risk of acquiring HIV can use progestogen-only injectables but should be advised about concerns that these methods may increase risk of HIV acquisition, about the uncertainty over whether there is a causal […]