The Policing Of Sex Work In South Africa

Within a context where gender-based violence (GBV) is endemic, sex workers in South Africa experience particular vulnerabilities to systematic violence, abuse, extortion, rape, and even torture. The criminalisation of sex work in South Africa means that sex workers are subject to numerous human rights violations, including discrimination, harassment, and abuse at the hands of Police Officers. Police corruption and violence is recognised as a problem in many areas of South Africa, but sex workers are particularly vulnerable to the violation of their legal, labour, and human rights by police, with little access to redress.

The research presented in this report was conducted in response to the large volume of human rights violations involving sex workers and policing authorities that has been reported to civil society organisations in South Africa. The aim of the research was to gather data on the level and type of violations taking place in two provinces in South Africa – Gauteng and Mpumalanga – in order to identify patterns and themes. This information can be used to constructively engage with both the South African Police Service (SAPS) and sex worker advocacy organisations on ways in which these issues can be better understood and dealt with. 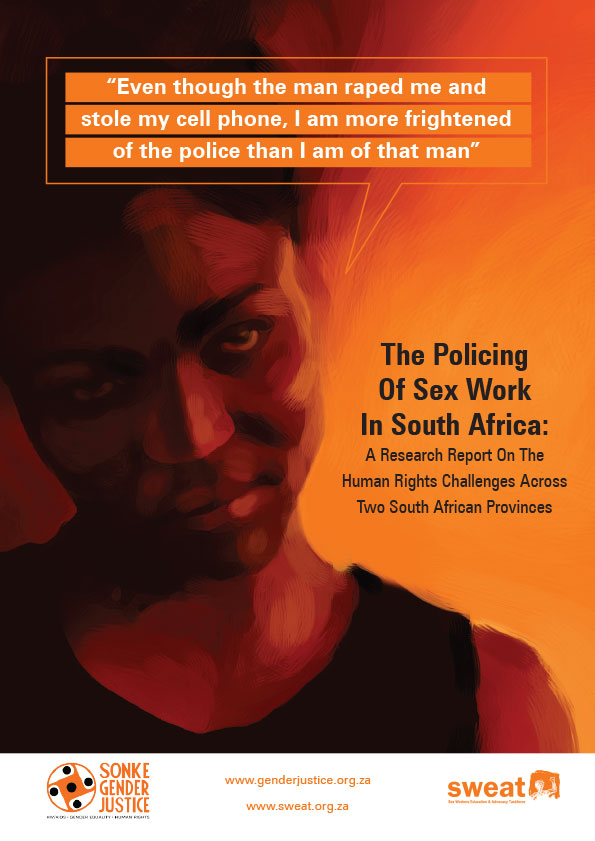