The #SayHerName Campaign in South Africa was launched in 2016 to commemorate and honour female and transwomxn sex workers whose lives had been lost as a result of violence. The Campaign aims to protect and uphold human rights while celebrating the lives of sex workers.

In the first report of the Campaign – for the period 2014 to 2017 – the Sex Workers Education and Advocacy Taskforce (SWEAT) received reports of 118 female sex workers who had died in that period. More than half of these deaths (65/118 or 55%) were as a result of murder.

This report continues the important work of the Campaign, gathering information about sex worker deaths during 2018 and 2019. It analyses the reports of 101 deaths of female and transwomxn sex workers during this time and again found that nearly half (45%) were probably attributable to murder. These findings point to the high levels – and particularly brutal forms – of violence levelled against female and transwomxn sex workers in South Africa. 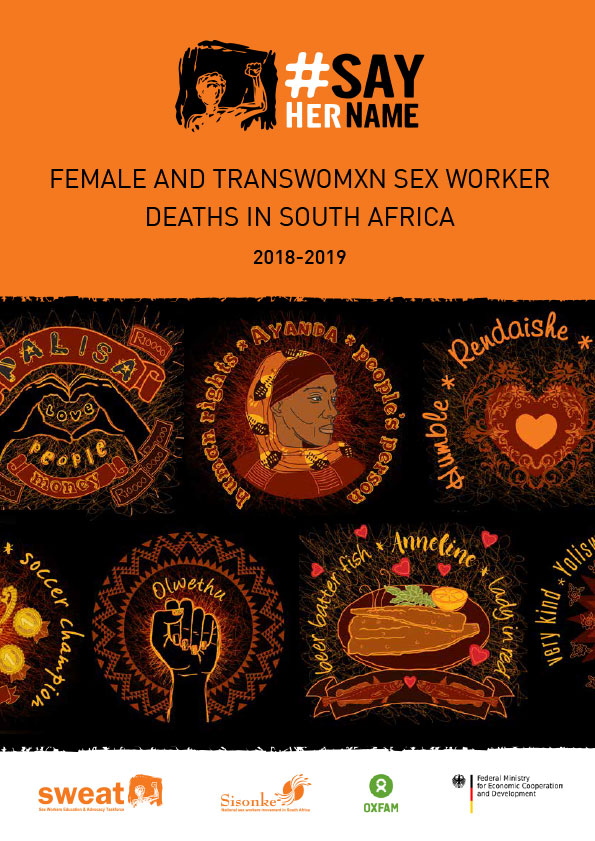