“This is an example of a simple intervention that doesn’t require much but achieves a lot” — Mr Lundi Ncana (HTA Programme Manager, Eastern Cape Department of Health)

Sex workers in South Africa continue to experience stigma and discrimination in society, which has many negative outcomes, including impacting negatively on health, and health-seeking behaviour. The launch of the SA National Sex Worker HIV Plan in 20161 (hereafter referred to as the National Sex Worker Plan) signalled a commitment to address sex workers health through an integrated, human rights-based approach which places a firm emphasis on community-led services. The Plan set a target of 70 000 sex workers to be reached between 2016 and 2019, over half of the estimated 153 000 sex workers in South Africa2.

Against this background, the Sex Workers Education and Advocacy Task Force (SWEAT), with the support of UNFPA, piloted a low-cost, integrated, community-based sex worker model in the Lukanji sub-district, situated in the Chris Hani District, Eastern Cape, between July and December 2017.

The model is illustrated in the diagram below. A peer education package, aligned with the SA National Sex Worker HIV Plan, is at the centre of the response. Components which are necessary to support the implementation of the peer education package are: clinic engagement and sensitisation; coordination and management; training and support; monitoring and evaluation; and costing.

Training: The peer educators received training from SWEAT, based on the training provided for peer educators in the Global Fund sex worker programme (under Principal Recipient NACOSA), with slight modifications. In addition, the team received supervision at least monthly by SWEAT’s Eastern Cape Area Manager. It is highly recommended that similar projects invest in the learning and development of sex worker peer educators.

Clinic engagement and sensitisation: The project collaborated closely with local health facilities. Ways of enhancing collaboration included: the peer education team giving health talks to patients; clinic staff attending Creative Space workshops to give talks and conduct health screening; and formal sensitisation workshops for facility staff and other local stakeholders. Where there was a decrease in stigmatising attitudes from health facility staff, there was also an improvement in sex workers’ readiness to access health facilities, and consequently, an improvement in their health status.

Costing: While the model is not resource-intensive, it is important that the essential costing elements, described in this report, are included when budgeting.

The low-cost integrated model has great potential for scale-up to other locations in South Africa, especially, but not limited to, towns outside of the large metropolitan areas. The model can thus address the current gap in services for sex workers in moderate density settings, suitable for “Tier 3” interventions as described in the National Sex Work Plan, ie. where parallel or specialised clinical services are not justified or feasible. In addition, the model has potential for replication not just for sex workers, but also for other key and vulnerable populations who face barriers to accessing health care. 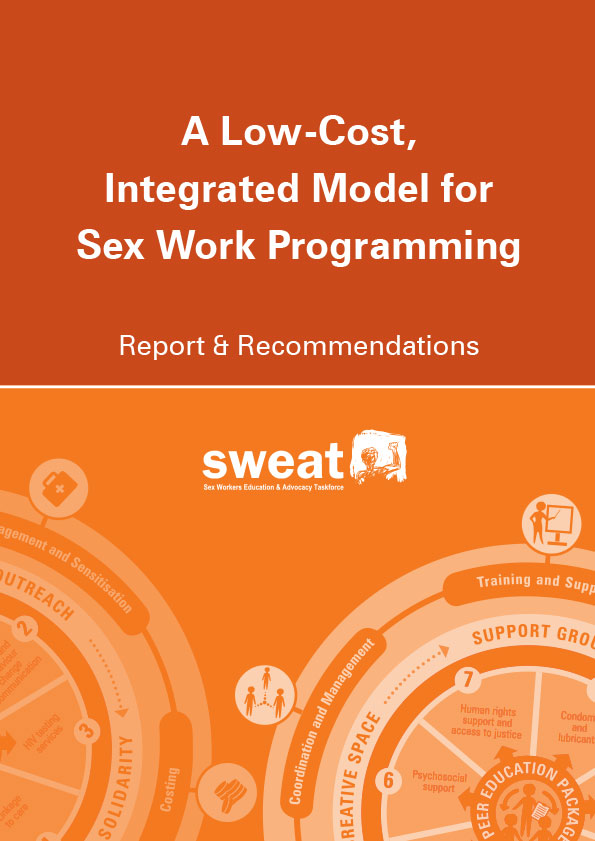