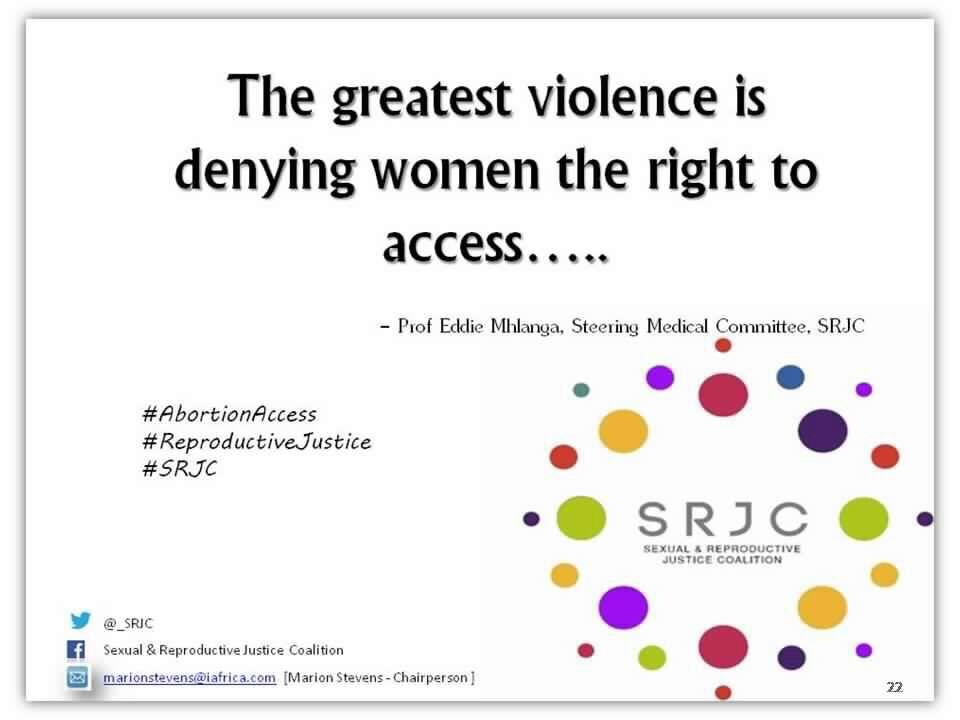 Women’s right to choose is under attack. The ACDP is pushing for an amendment that would be a big step back for women rights. Right now women have a right to terminate during the first 12 weeks of pregnancy. The proposed amendments will make it harder for women who consciously choose to terminate pregnancies. This will severely limit womens’ ability to choose what happens to our bodies. The consequences for poor, Black women could be devastating because the risk faced when having illegal abortions done could be increased.

The proposed amendments has been submitted to parliament and we have less than 24 hours to object to this amendment and save lives.

Why is this important?

In 1996, South Africa passed the (Choice on Termination Of Pregnancy Act) CTOPA to rectify the discrimination mainly suffered by black women who were unable to access abortions permitted under the Apartheid government. This resulted in an improvement in maternal deaths. Yet, twenty years later, we face problems of implementation that mean black women still die from septic abortion in SA, due to inaccessible abortion services which are stigmatized.

Already, people living in different areas of South Africa have access to significantly different sexual and reproductive health services, including safe and legal abortion. Many women and girls, especially those in the poorest and most marginalised communities, are struggling to access safe abortion services, with risk to their health and lives. Instead of this proposal by ACDP, we should be directing our energy towards enhancing access, and women’s lives and health.

The ACDP attempts to undermine the Choice on Termination of Pregnancy Act, and further place the lives of women, and especially poor, black women at extreme risk. This is not the first time that these issues have been raised and rejected by parliament and in our courts. We must strongly object to the Private Members Bill as proposed by the ACDP. It will have devastating effects on the lives of Black women and does not serve their interests.

We call on you to please sign the petition below. A big thank you to our friends at awethu.amandla.mobi  for the support.